Players will be divided into adidas sponsored countries (Holland / Germany / England and a special MT13 Team) whilst participating in group work and in team play, players will be contributing to their countries success

There will be 1 or 2 coaches acting as the management team of each country.

During the 2 days players will learn a variety of new and innovative skills brought back from the Champions Trophy, recently been played in New Zealand. Aside from new skills players will take part in a wide range of competitions to eventually decide the winning nation.

Players in the winning Country will receive a prize and all other players will either receive a ‘Player of the Clinic’ MT13 Playing Strip, an MT13 Training Shirt or an adidas Christmas Present. 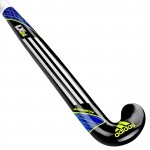 adidas have kindly provided the MT13 Christmas Clinic with an lx24-1 hockey stick as a special prize…….As well as the usual MT13 ‘Player of the Clinic ‘ Playing Strip and MT13 Training Shirts.

If you have any questions regarding this please contact Matt Taylor direct by emailing matt@mt13.co.uk